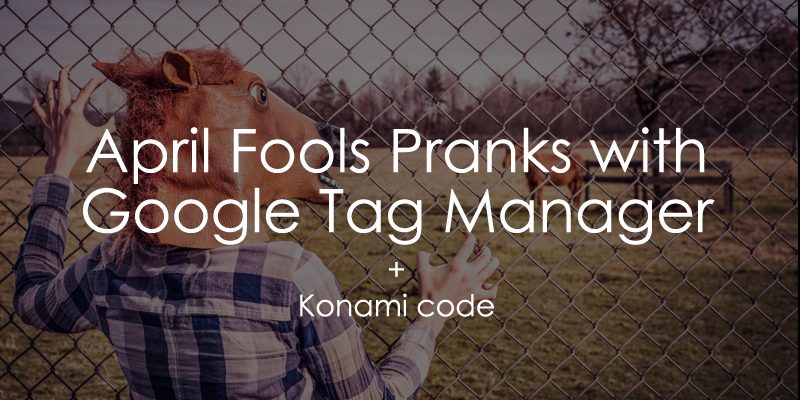 Multiple websites have added Konami code as a joke to their websites. In case you don’t know, it’s a cheat code in many Konami games, where the cheat is executed with a sequence of key presses on the keyboard. In this blog post I’ll show several examples how you can easily add Konami code with Google Tag Manager to your website. Feel free to use them!

So what is Konami Code anyway?

The Konami Code is a cheat code that appears in many Konami video games, although the code also appears in some non-Konami games as well. Years later it became an internet meme and was adopted by multiple website creators.

Various web developers have hidden an Easter egg in their projects that can be accessed by entering the following sequence of key presses on the keyboard:

As an example I always mention Digg. When executed, Konami code changes images to a mosaic of Rick Astley and Never Gonna Give You Up starts playing in the background. 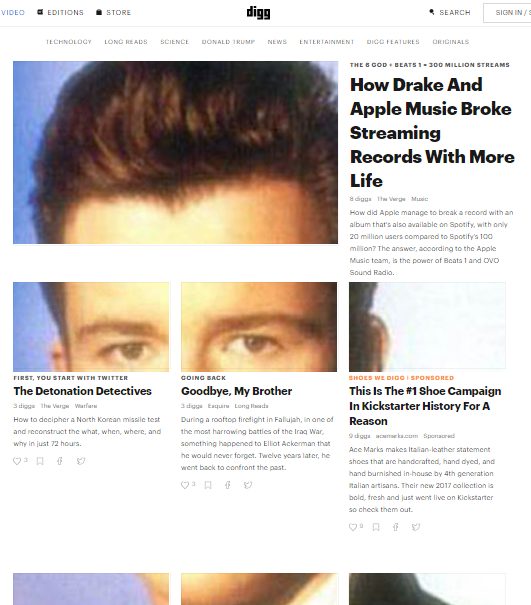 Here are few more examples (for science). I won’t spoil them, go see it for yourself:

How Can I Add Konami Code With Google Tag Manager?

The idea was introduced by Simo Ahava (who borrowed it from Gerry White). In his blog post he shared a Javascript code which listens to keyboard clicks. If the last ten pressed keys are ↑ ↑ ↓ ↓ ← → ← → B A, it fires a particular function – the KONAMI CODE.

Since April Fools is coming, I decided to collect and publish several Konami codes as ready-made Google Tag Manager Recipes.

Each template not only contains the actual Konami code, but it also fires an event to Google Analytics after someone enters that magic keyboard combination. You know, for science… as usual. 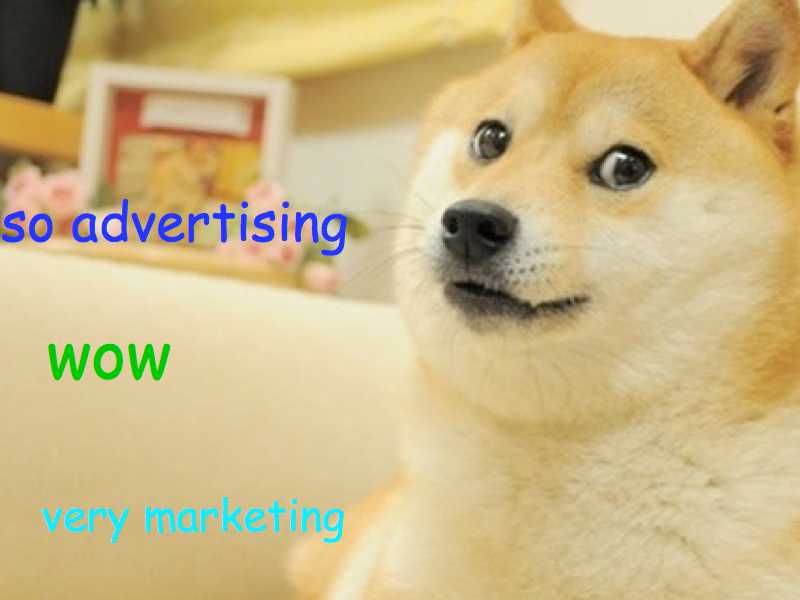 I used this one in Soundest’s (startup where I work) blog. Unfortunately I cannot find the original author of this script anymore. If you know, contact me and I’ll add a link to his/her website.

What does this Konami code do? 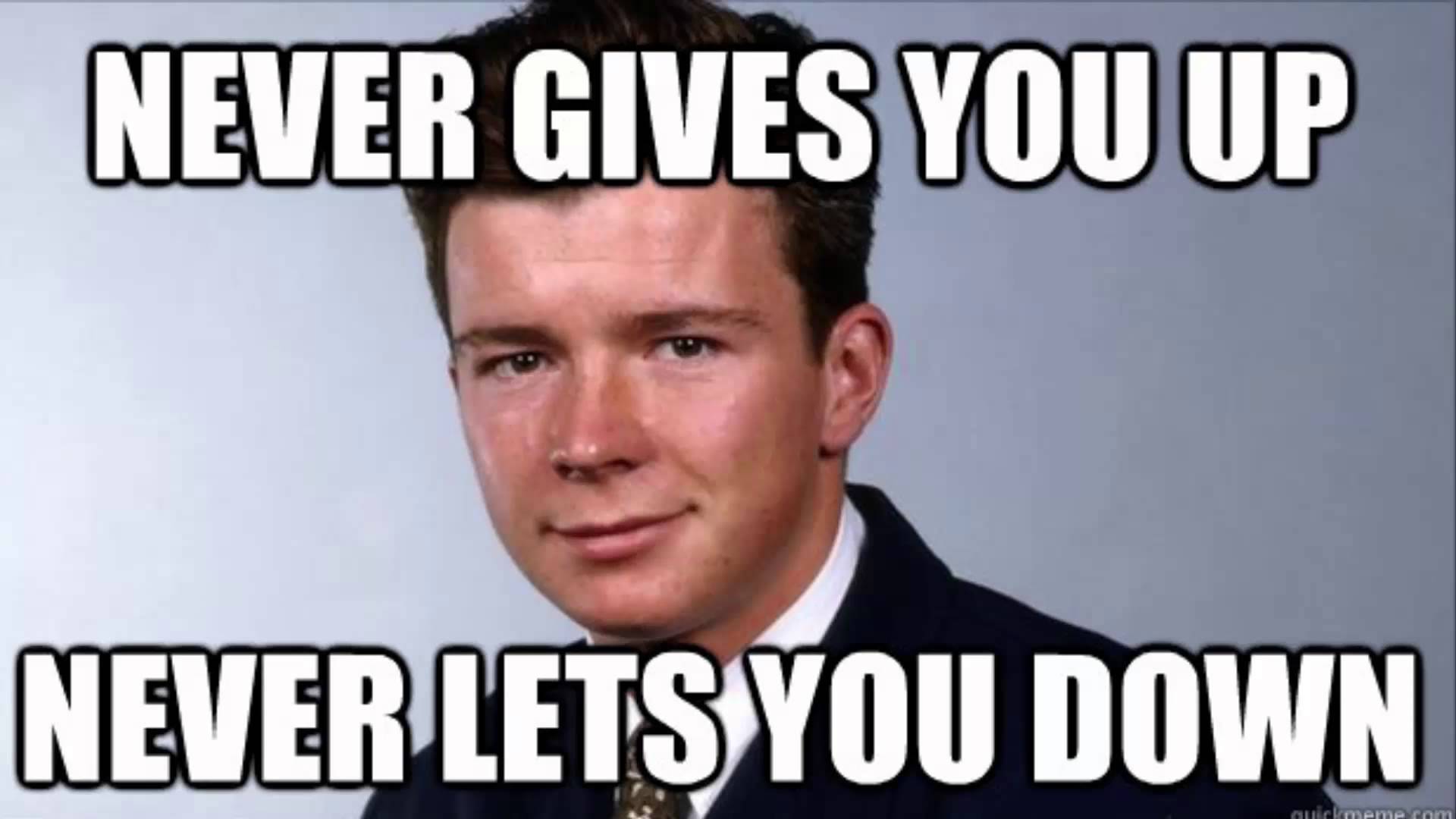 What does this Konami code do?

Another dead meme. Yay! This Konami code for Google Tag Manager is based on a meme from 2013. Yeah, it’s four years old. Feeling much older, huh?

Anyway, I took this Javascript which turns your website into some crazy party, connected it with Simo Ahava’s Konami code listener and made a GTM recipe for you. You’re welcome!

Ok, let’s milk the same Konami code one more time. But first, here’s the meme this Konami code was based on. It was really popular about a month ago.

I used Rick Roll’s Javascript but with different GIF and background music. You can try it by clicking the button below and entering the Konami code’s keyboard combination.

Create your own Konami code for Google Tag Manager

If you’re not happy with what is offered in this blog post, there are two ways you can easily create your own Konami code.

Option #2. You Modify RICk Roll Script from this Blog Post

And there you have it! Your custom Konami code ready to be published with Google Tag Manager. Just make sure you test it before going live. Preview and debug mode is your best friend!

A call for Contribution

I have a small favor to ask – if you know other hilarious Javascript codes that can be universally used as Konami codes on any website, share a link in the comments and I’ll add it to this blog post.

In this blog post I have shared several examples how you can easily add Konami code with Google Tag Manager to your website. Each code can be downloaded from Library of GTM recipes and easily imported to your Google Tag manager container.

Once the visitor enters ↑ ↑ ↓ ↓ ← → ← → B A on his/her keyboard (while being on a website) a funny Javascript function (Konami code) will be executed.

This page also contains a Konami code. Try it yourself!

If you know other universal Javascript codes that can be used as Konami code, share a link in the comments.